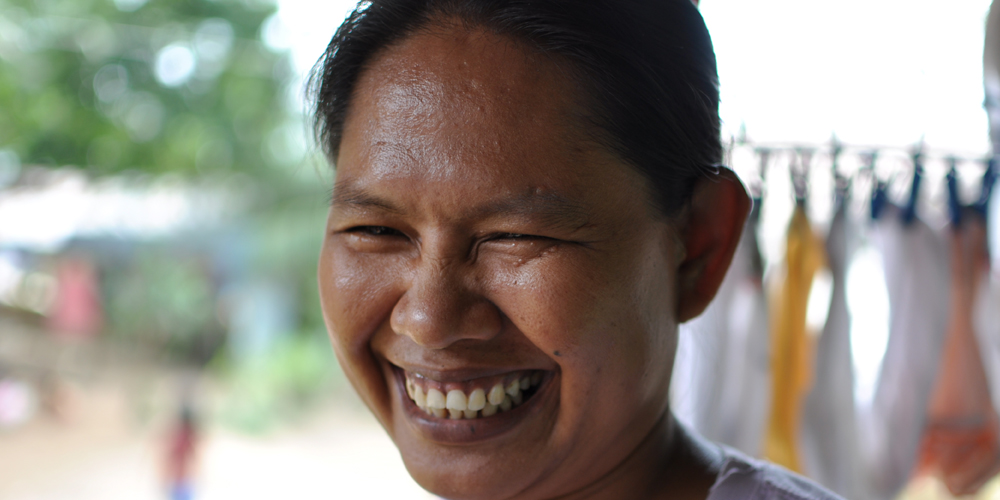 Esther was born into a family from the Sama tribe in Southern Philippines. (The Sama is one of the Muslim people groups of the Philippines known for their animistic beliefs and spirit worship.)

When Esther was seven years old, she nearly died from multiple illnesses but was healed after her Christian aunt prayed to the Lord Jesus to heal her. This miracle caused her whole family to give their lives to Christ. By the age of 12, her desire to know God more grew and she got baptised.

Today, Esther faithfully serves the Lord with her husband, Ric. They often receive death threats from the communities where they hold Bible studies…

There have been instances where local residents in the village would wait for hours, alongside a pathway or such, for when Esther and her husband would pass, so that they could harm them. Miraculously, God has used still other locals to warn them in such instances and to lead them to a safer route to get to their Bible study.

At other times, they would gather up the courage to face those who intended to harm them. Esther knows that, time and again, God’s hand is never too short to save. The Lord would always make a way for them to escape danger. They have always been able to meet with their contacts unscathed.

As death threats became a norm in her ministry, challenges within her extended family turned out to be her most difficult trial and were what almost caused her to quit…

It hurts her to see her very own relatives mock her for her faith in Christ. It has hurt her, even more, to see Ric succumb slowly to an enlarged heart. He can hardly work anymore. Esther has single-handedly cared for and worked for both her husband and their daughter for almost a decade. She now travels for ministry alone because Ric easily tires from travelling from one village to another.

“With all the threats, hardships, problems and trials I have been through, I can never quit serving my Lord. I cannot stop telling people about Jesus because I have experienced the power, love, goodness, and faithfulness of God in my life, and I want other people to experience that as well. I will never stop serving the Lord despite all the difficulties because I always see God’s hand picking me up each time I fall or whenever I am down. Indeed, Open Doors’ Standing Strong through the Storm (SSTS) lesson is true, that we can always stand strong amidst all problems and persecution because in Christ there is the victory. In Him we are victorious.”

Please pray for the many Esthers of the persecuted Church: may the Holy Spirit daily strengthen and uphold them!