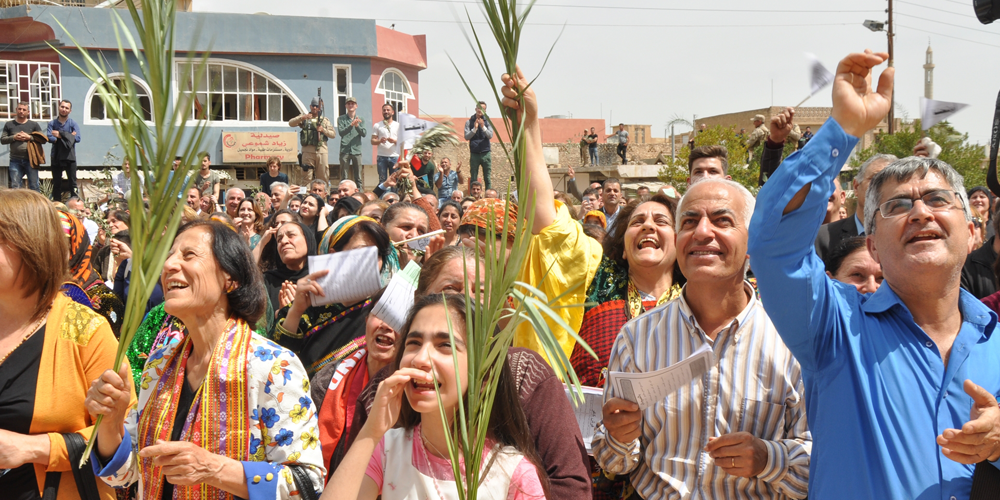 Since December 2016, Egyptian Christians have experienced unprecedented violent attacks, with more than a hundred believers being killed in less than a year. As attack after attack hit the Church in Egypt, many followers of Jesus were injured, maimed and killed by Islamic extremist groups. At the forefront of all of this seems to be Islamic State’s intention to keep their vow to ‘wipe out’ the Coptic Christians in Egypt.

Attacks during Christian celebrations seem to be the modus operandi of these extremist groups. With Easter 2018 around the corner… what are our persecuted brothers and sisters to expect? Christmas time, Easter and Ascension Day reminds many families of heartache and trauma. Few Christians have been left unaffected. Below is but a glimpse into the lives of some of the people that have suffered loss or injury in these attacks.

The heartache before Christmas 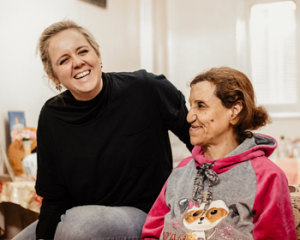 Samiha, when visited by some Open Doors team members this year

On 11 December 2016, the church in Cairo was packed with worshippers. Traditionally the men and women in the Coptic Church sit in separate rows.

During the service, a man ran into the women’s section and detonated a bomb strapped to his chest. The interior of the church was littered with broken furniture, its floor spattered with blood and torn clothing. “There were children. What have they done to deserve this?” a witness asked.

Among the seriously injured women, was Samiha Tawfiq Awad. The bomb, which claimed 27 lives, exploded next to her and took away one side of Samiha’s face and she can now no longer hear, smell, or see on the one side of her face. Open Doors team members visited Samiha some time after the attack.

While many Christians were still picking up the pieces from the December attack, tragedy struck again… with even more fatalities.

The mass murder on Palm Sunday 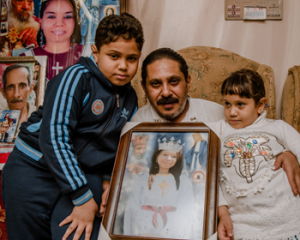 Magid and his two children with a photo of Hannan

Magid and his wife Hannan, a Christian couple from Alexandria, weren’t rich but enjoyed life together with their two children. Every year, for a bit of extra income, Magid and Hannan would sell decorated palm branches in front of the church for Palm Sunday (a special Easter celebration for Christians in Egypt). Last year on Palm Sunday they set up a small stall at the entrance of the church.

At 9 o’clock that day the news of a bombing of a church in nearby Tanta reached Alexandria. In fear of more attacks, the priest quickly finished his service. His fear was not unfounded.

Moments after the service, an Islamic fundamentalist suicide bomber detonated a bomb near the church gate, close to where Magid and Hannan’s stall was. Magid struggles to explain what he saw next. “After the blast there was smoke, when the smoke faded I saw loose body parts everywhere. And then I saw Hannan, my dear wife in a pool of blood.”

The two attacks claimed at least 48 lives, and injured dozens more. Hannan didn’t survive the attack. Magid now raises his two children by himself. Life is very hard for them, but he hopes that the children will remember their mother’s faith, “She was always reading the Bible with them. She taught them how to pray.”

The martyrs of Ascension Day 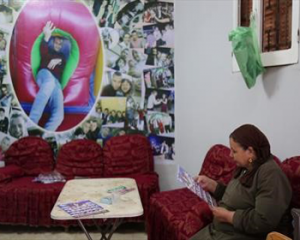 Nadia next to a wall with pictures of her son, Hany

Two months later, on Ascension Day, a group of Christians, young and old, made their way into the desert to visit a monastery in Minya. Nadia was on the bus trip, along with her son, Hany, and other family members. Arriving at the monastery, they were still unaware of the dangers lurking.

Suddenly, men in military clothing shot the wheels of the bus, bringing it to a halt and came aboard the bus. A violent and brutal scene followed…

The terrorists made their way through the bus, facing each man with the same choice: deny your faith or die. One by one the men were shot. The intruders stopped next to Nadia’s son, Hany. From her place in the back of the bus, Nadia beheld the scene in fearful anticipation. Hany raised his wrist to show the cross-tattoo and Nadia witnessed his last words: “No, I am a Christian.”

All the men on the bus laid down their lives for Christ and were shot, including two children. Nadia survived. She misses her son every day. She knows he is in a good place with the Saviour he didn’t deny. She also prays for the attackers, “I pray that they will be touched by God, so they will change their ways.”

Christians in Egypt don’t know what to expect next, and with Easter around the corner, fear can easily overshadow the joyful celebrations of our Saviour who conquered the grave. But as Nadia explains, they hold on to Matthew 10:28, “Do not be afraid of those who kill the body but cannot kill the soul. Instead, fear the One who can destroy both soul and body in hell.” Believers in Egypt will continue standing for Christ, even in the face of death!

So, as we celebrate Easter with our family, in a church or community that is free from threats, let us remember our persecuted brothers and sisters in prayer. May their determination and faithfulness be our encouragement. Join us in praying and asking the Lord to protect them during Easter and that whatever struggles they may face this year, they will keep their eyes on the Cross.