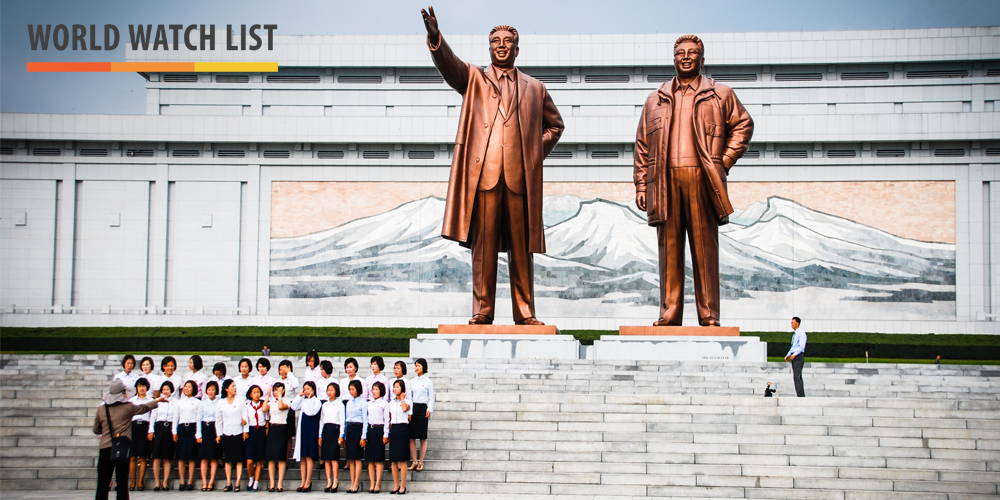 Dictatorship, missile tests, famine, constant propaganda and extreme consequences for anyone that opposes the regime… here’s a true glimpse into the world of North Korea. 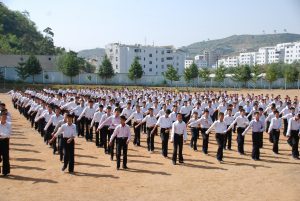 Everything in the daily life of a North Korean is aimed at worshipping the ‘gods’, the Kim-family. The Great Leader of the country, Kim-Il-sung, has been dead for 24 years, but his followers must worship him, his son and his grandson (Kim Jong-un) as gods. Any ideas or beliefs contrary to this are seen as rivalry to the State. Spies are everywhere and report on everyone and everything.

Streets and buildings are dominated by enormous propaganda images, and all media, even loudspeakers, broadcast the official propaganda. Each house in the country must have a picture of the leaders. And some of the first words parents have to teach their children are, “Thank you, Father Kim Il-sung.”

One’s loyalty to the ‘gods’ then defines where you stand in North Korea’s rigid social classification system. All citizens are classed as either the loyal, the wavering or the hostile and this guides everything, from what job opportunities you get, to whether you will eat properly, or at all. 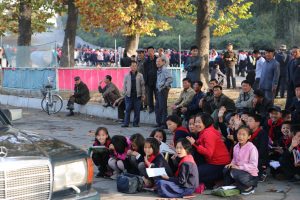 Impressive buildings and monuments in the capital, may give a façade of wealth, while in reality the economy is in a state of collapse. And while millions are spent on developing nuclear missiles, people starve. It’s estimated that famine has killed between two and three million people in North Korea since the early 1990s. Tens of thousands of orphans live on the streets because their parents have died, been arrested or fled the country.

The light in the darkness

Owning a Bible is punishable by death, with many copies of God’s Word literally hidden underground. With strict laws and constant surveillance – being a Christians is almost impossible. Parents don’t even share the Gospel with their own children, out of fear of them accidentally saying something.

When Christian are discovered, their entire family might disappear, sometimes up to three generations. Many are executed or sent to labour camps where torture and rape are common practices and prisoners die from severe malnutrition, disease, or execution. Open Doors estimates that there are between 200 000 and 400 000 secret Christians in North Korea, of whom about 60 000 are imprisoned in labour camps.

Praise the Lord, that despite the horrible circumstances in the country, the Church in North Korea is growing and even spreading the Gospel. His Hand is visible in their lives. One believer shares,
“For the year 2017, our Heavenly God was so good and faithful that God provided us the food, medicines and everything else we needed… God provided for us just like He provided for His people of Israel through the manna in the desert. We praise and glorify our Heavenly God that we wake up in the early morning with the thankful heart and the new hope even in this desert like place we live.”

North Korea is currently number one on Open Doors’ 2018 World Watch List, a ranking of the top 50 countries with the most severe persecution of Christians.

If you want to know more and find out how you can support believers in North Korea through prayer and gifts, sign up for our newsletter.