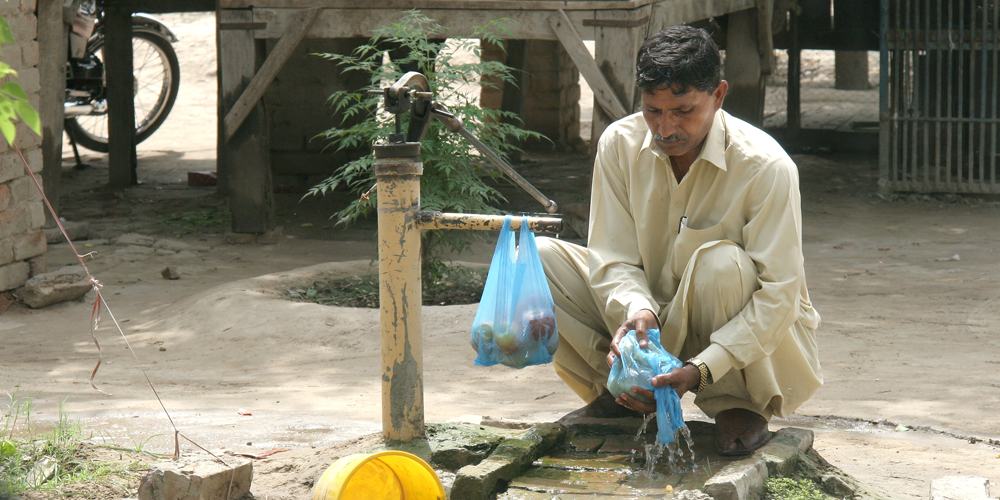 In Pakistan, many Christians are forced to do jobs that are degrading because they are seen as “untouchables” or part of what is referred to as “scheduled castes” – a carryover from India, during British colonial times. (Many people from this group converted to Christianity in the late 19th century.)

One such a Christian is Shahzad Masih (24), a sewage cleaner who on 20 January passed away after inhaling poisonous gasses at work. He leaves behind his wife, son, Michael (3), and daughter, Neha (18 months old).

Shahzad became unconscious while going down into a gutter to unclog it. He was put on a ventilator at a nearby hospital and transferred to another hospital where he died. Shahzad worked as an irregular employee, making him ineligible for any compensation or privileges. His family does not know how they will take care of his two children, as his wife is a stay-at-home mom and illiterate.

Shahzad is one of hundreds of workers who have died while cleaning clogged gutters. Last June, another Christian cleaner also died after falling unconscious in a gutter. Doctors refused to touch him because they were fasting during Ramadan and touching someone covered in sewage would have invalidated their fast.

Please pray for God’s comfort and provision for Shahzad’s family. Pray also for strength and protection for the many Christians who must work under such hazardous conditions because no other options are available to them.

Pakistan is currently #5 on the Open Doors World Watch List of countries where persecution is worst.