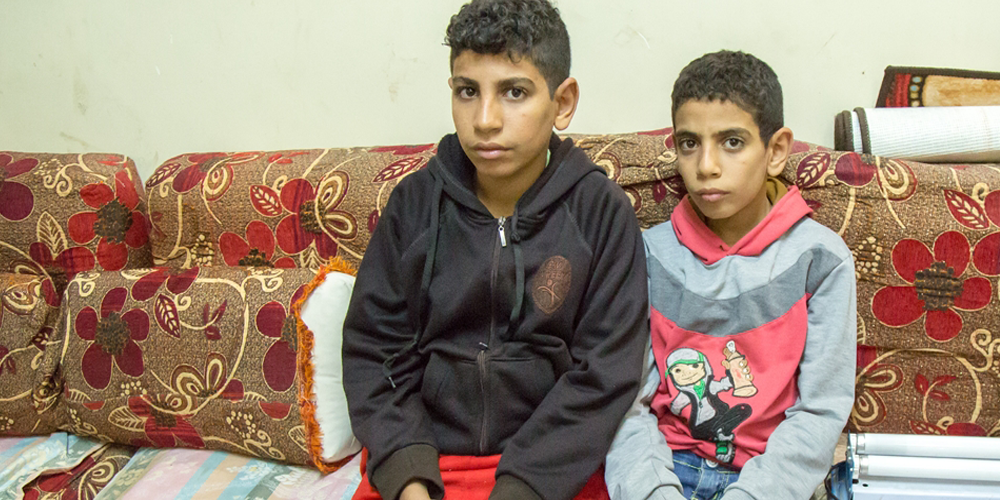 Today, we remember the 29 Christians who, last year, were killed in a bus attack by Islamic extremists on Ascension Day in Egypt. (To read more about the increased attacks Egypt’s Christians are experiencing click here.)

On that day, Ayad, his sons Marco (15) and Mina (12), and his colleagues were driving to St Samuel Monastery to work on making bells for the monastery, unaware of what was going on ahead of them on the road. Terrorists waylaid them and held them at gunpoint while Marco and Mina hid behind their vehicle’s seats.

“We heard them force our father to get out first. The man shouted he had to convert to Islam. My father said no. They shot him,” recalled Mina sadly. Ayad along with his colleagues were killed for choosing Jesus. The attackers discovered the brothers and one attempted to shoot them, but another said, “No, let them live to tell the story.” Marco and Mina were left with the dead. Their father died in Marco’s arms. The images of what happened that day, plays daily through the boys’ minds.

Please join us in prayer for the families who will celebrate Ascension Day this year without their loved ones in Egypt. Pray that God will comfort them during this time. Pray also for God’s protection for Egyptian Christians who are under attack for their faith.

Thank you for praying.