The 18th of June 2021 marked 40 years since Project Pearl saw a million Bibles delivered to China in one night. Since then, there have been periods of relative freedom for Christians in China. Today religious restrictions have again been imposed on Christians to curb the phenomenal growth of the Church. We spoke to Xiao Chen who was present when the Bibles were smuggled into China to find out what happened.

Xiao Chen* was on the beach when Project Pearl took place on the 18th of June 1981. “It was very dark. I could barely see anything in the sea. My elder brother called me to the beach. About 500-600 people were waiting at the beach. I didn’t know what was happening. I was just a teenage boy! 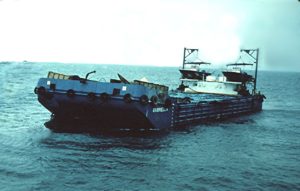 “I remember a giant ship with no flags slowly approaching the harbour. Everyone at the beach seemed very anxious. Then, a small rubber boat came down from the ship. I saw my elder brother rowing a boat to the ship and speaking to a foreigner who might have been the captain. The rubber boat had a full load of boxes. After unloading the boxes at the beach, they repeated the process to pull another rubber boat full of boxes. There were countless numbers of boxes. My elder brother didn’t tell me what they were doing,” Xiao Chen said.

After a couple of hours, the soldiers had rushed to the beach with torches. Xiao Chen didn’t know what was happening. His elder brother told him to start running. “I ran as fast as I could. I also told other brothers not to come to the beach. More and more brothers had been on their way because they heard there was something valuable to pick up.”

When asked whether he was afraid at that moment, Xiao Chen says: “I didn’t know what had happened. Eventually, I knew those boxes were full of Bibles. A Bible was a miracle to us!”

This simple teenage boy had witnessed a million miracles known as Project Pearl. Every miracle came as a response to the fervent prayers of Chinese Christians and their hunger for God’s Word.

Fast forward to 40 years later, three young Christians in China share how they feel about the Bible today and this what they had to say:

When did you get your first Bible?

Ma Guiying*: Soon after becoming a Christian, I wanted so much to read a Bible but didn’t know where I could buy a copy, so I went to the school library and found one there. Unfortunately, I was not allowed to take it out of the library, so I started going to the library every day to read their copy. The pastor of the church I attend heard about this and gave me my first Bible.

Have older Christians you know ever talked about Bibles being difficult to come by when they were young?

Sun Qingling*: Yes, some of the old brethren said when they first became Christians there were no Bibles at all. They used to meet and stay up all night handwriting copies of the Bible.

Have older Christians you know ever talked about Bibles being smuggled into China?

Zhang Ming*: Yes, they told me that around that time nearly all the Bibles had been smuggled in and that they all smelled like the ocean!

Do you ever feel worried that it could become difficult again to access the Bible in the future?

Yes. Even now, it’s nearly impossible to buy a Bible online or in bookshops. The next step will probably be to stop or at least limit the printing of Bibles, or only selling Bibles on the condition that the buyer’s ID and, in some cases, address and contact details are recorded also.

What would you like Christians around the world to pray for China?

Zhang Ming*: Please pray with us for China. Ask God to prepare people’s hearts and to open doors for Chinese Christians. Pray for an increase in workers and harvesters for the Gospel. Pray that God raises more young believers to spread the Gospel.

Ask for an awakening amongst China’s ethnic minorities and for more workers to engage in cross-cultural mission.

Ask God to destroy evil and the dark work of the enemy in this country, and to silence the spirit of confusion and chaos that has blinded so many to the truth.

Ask too that despite all the enmity and divisions in society, that Christians would be united! Pray finally that the blessings we receive may flow through to the rest of the world! 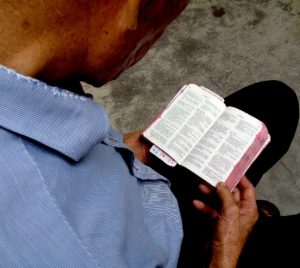 Through prayers and entire submission to God, Project Pearl’s delivery of one million Bibles to China catalysed a great revival in China. Many believers in different regions received their own Bibles, many churches rose, thousands of people accepted Jesus and many leaders were born. The young generation of China is also reaping the fruits of their elder brethren’s faith, and the Gospel of Jesus Christ is reaching many young people in China today.

You can be a part of this beautiful story through your prayers and support. Open Doors is committed to continue distributing Bibles to many countries around the world – physical and digital copies. You can be a part of Open Doors vital projects that will influence the global Body of Christ from now until our Lord Jesus returns. Click here to partner with us in making sure that the Word of God reaches the ends of the earth.