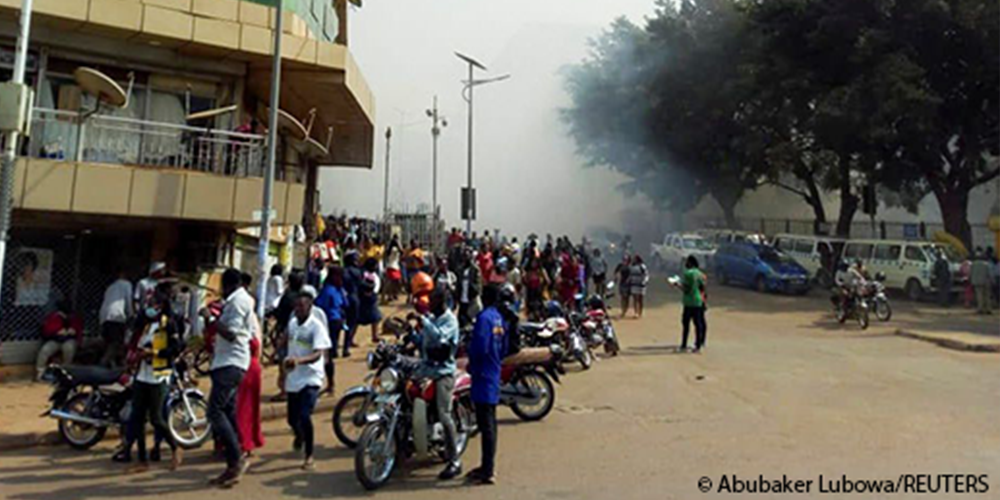 Early yesterday on 16 November, two explosions went off in Uganda’s capital, Kampala. One was outside the central police station, and the other seemed to target a building belonging to an insurance company near the parliament building. The placement of the bombings suggest that the explosions could be politically motivated. So far, no one has claimed responsibility.

Uganda’s Assistant Inspector General of Police, Edward Ochom, told AFP: “What we can say (is) this was an attack but who is responsible is a matter that is under investigation.”

Emmanuel Ainebyoona, a spokesperson for the ministry of health, wrote on Twitter that a local hospital was “currently attending to about 24 causalities. Reports indicate four are in a critical condition.”

Authorities have warned citizens to be vigilant since two bombings attributed to the Allied Democratic Forces (ADF) (an Islamic militant group linked to the Islamic State and most active in the North Kivu province of the Democratic Republic of the Congo) took place in October.

Please join us in praying for this new development in Uganda: