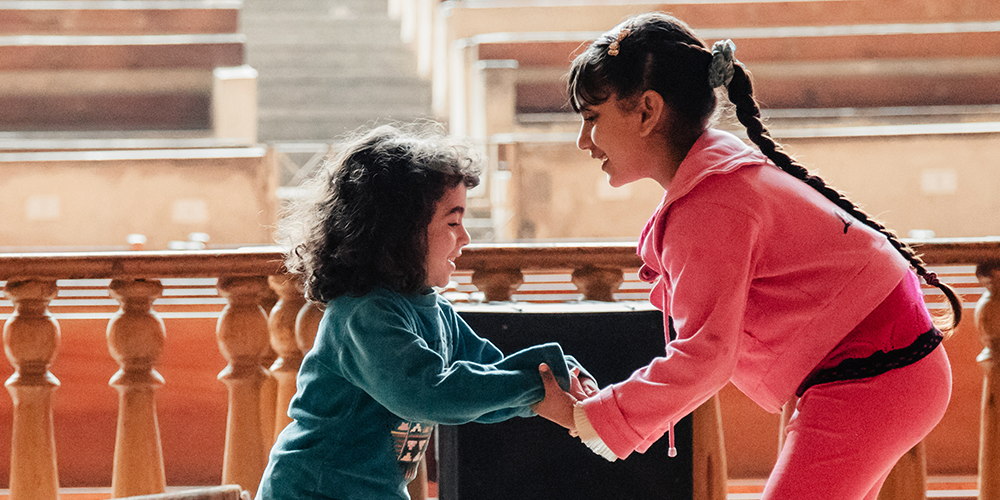 I remember hearing a story at a family gathering once, where my grandmother told us how she used to be bullied at school and in the neighbourhood they lived in.  She is a quiet introverted person with a kind and meek spirit, so many of the other pupils and friends used to take advantage of that. Her older sister, however, was not about to let that happen. Every time the bullies would target her, she’d feel her sister’s hand clenching tight onto hers and her small body being pulled behind her sisters, shielding her, hearing things like:

“You will not touch her!”

“You’ll have to come through me to get to her!”

Those would be the exclamations in the hope that she would be protected and left alone. Her sister would say all of those things while holding her hand and only letting go when the bullies had given up and left her alone. The eldest sister was a protector of her younger siblings. She defended her siblings’ integrity, and no one would dare touch them while she was around. To this day, over 70 years later, nothing has changed…

This story got me to ask myself, what kind of sibling am I and whose hand am I holding?

According to “Invisible: The Gender Report 2022” published by Open Doors, Christian women are victims of gender-specific religious persecution in areas like sub-Saharan Africa, the Middle East, North Africa, Asia, Latin America and Afghanistan- and they live in fear of sexual violence, forced marriage, forced divorce and being hid from society.

Christian women and girls – usually already at a disadvantage in their society simply for being female, are especially vulnerable to persecution. Sadly, their suffering is often invisible or ignored by those around them.

Who is holding their hand when they experience pushback, bullying, discrimination, and persecution? Can I hold their hand even though they are so far away from me?

Open Doors is committed to caring, protecting, providing, and advocating for persecuted Christian girls and women who live difficult lives because they chose to follow Jesus. You can be the sister, who holds their hand and walks with them.

Click here to bring change for women that are vulnerable to persecution and exploitation and provide them with your Gift of Hope to help them stand strong and persevere in the plight of persecution, making sure that though they are persecuted, they are never alone.