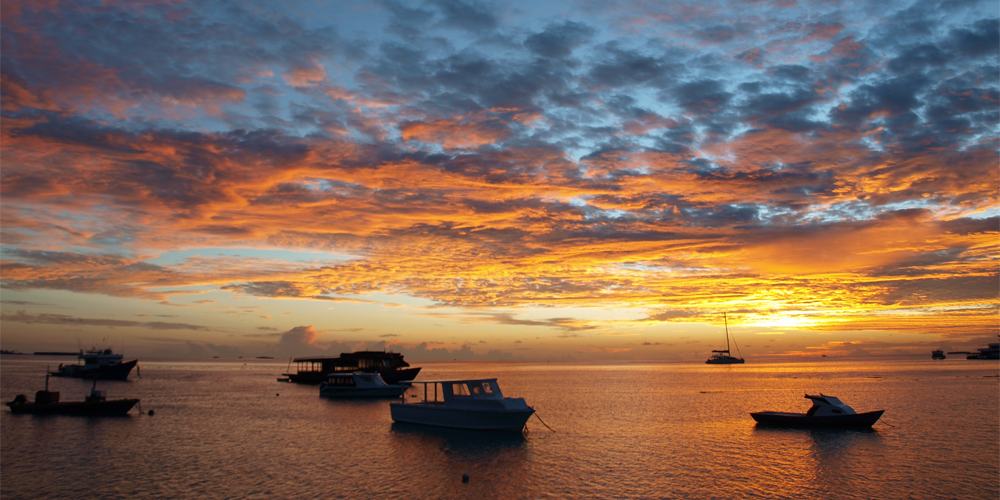 When you plan for a vacation abroad, it is always good to do some research on your possible destinations. A shocking reality is that some of the most popular international holiday destinations and beach paradises are also the countries where Christians experience extreme levels of persecution on a daily basis. These countries boast natural scenery, tourist attractions and rich culture, but there is another truth right below the surface. Here follows a list of five popular tourist destinations that are also on the 2018 Open Doors World Watch List; a list of the top 50 countries where Christians experience severe persecution for their faith.

Known for its tropical archipelago that consists of more than a thousand coral islands, Maldives is a favourite destination for tourists and especially couples. But as number 13 on the 2018 World Watch List, Christianity is not welcome in this country.
The government of the Maldives insists that the country be governed according to conservative Islamic tenets and that all citizens must be Muslims. There is no religious freedom in Maldives, except for expatriate Christian workers who can exercise their faith in utmost privacy.

Less than 1% of the country’s population are Christians. Believers cannot meet with each other due to strict monitoring by the government, and they long for spiritual nourishment and fellowship.

The UAE (number 40) is known for its luxury cities like Dubai with top hotels and shopping centres, exceptional architecture and beautiful beaches. But being a local Christian in the Emirates comes with a lot of challenges.

Although expatriate Christian communities are relatively

free to practice their faith, it is a different story for citizens. According to legislation, citizens who convert from Islam can be killed, although it has not been carried out for many years. Converts from a Muslim background therefore often keep their faith secret out of fear of the repercussions.

An explosion of culture, brightly coloured saris, unique foliage like the Frangipani and of course the Taj Mahal are just some of the attractions in India. But in this densely populated country there is also extreme religious and nationalist tension.
In the last few years, India has quickly climbed in position on the World Watch List and is currently ranked at number 11 of the countries with the worst persecution of Christians.

The radical Hindu nationalist movement regards Christians in India as outsiders and this group aims to cleanse the nation of both Islam and Christianity.

Persecution in India is accompanied by a lot of violence. Believers are often physically assaulted or sometimes murdered. Christian women are twice as vulnerable because of their gender and faith and the persecution they experience is much more intense. Yet the government turns a blind eye to the attacks on religious minorities.

Mexico, with its rich culture, beautiful weather and prime beaches, is nowadays a favourite travel and holiday destination, especially for tourists from the USA. Even though Mexico (number 39) is a country with a Christian majority, the persecution of Christians is still a problem. Mexico suffers from corruption at all levels, which results in various forms of persecution.

The exploitation of church leaders and Christian business owners by criminal groups and drug cartels is a common problem. Attending church services increases the possibility of abduction, and young people are at particular risk of being recruited by gangs. Drug rehabilitation programmes and youth work are seen as a direct threat to the interests of drug cartels. Christians involved in drug rehabilitation programmes are targeted and persecuted.

Vietnam  is well known for its bustling cities, lively culture, and Buddhist pagodas. It is a popular travel destination and recently also a place where many people from English-speaking countries (including South Africa) go to teach. However, ranked in position 18 on the 2018 World Watch List, Vietnam is one of only five countries in the world still ruled by a Communist government.