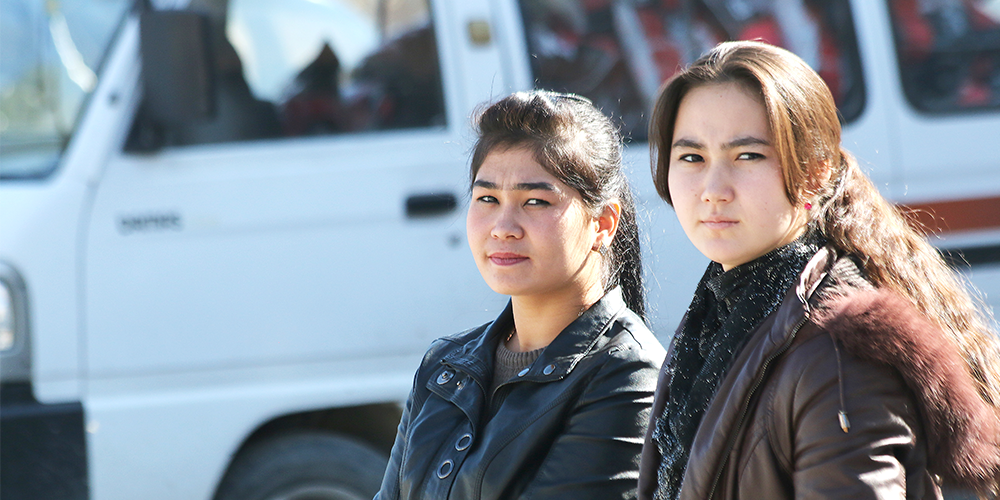 In many parts of the world, following Jesus is a crime, sometimes punishable by law. Nevertheless, there are many secret believers worldwide, and in Asia, there are too many to count. Sharing about their belief in Jesus is often impossible for them. They are either persecuted, disowned by their families, pursued by the authorities and religious teachers, or even sent to a rehabilitation centre where they are tortured into reconversion. Freedom of religion is close to not existing for these believers.

“In the Muslim world, outwardly expressing one’s faith is not as simple as it seems, as it has
repercussions that can be extremely detrimental to the believer,” said a Muslim Background Believer leader who is an Open Doors, local partner.

“As such, we always need to ask for God’s wisdom as we journey with these believers and trust God’s timing is always perfect. Whatever they choose, we disciple these believers to grow in their faith, that one day they may fulfil the purposes of God in their life.”

Despite their challenges, many believers are bold enough to profess their faith in Jesus openly. This article will highlight real stories of secret believers in South and South-East Asia, and the four different phases that they experience as believers in their faith journey.

PHASE 1: Secret Believers who are keeping their faith a secret from their families and friends. 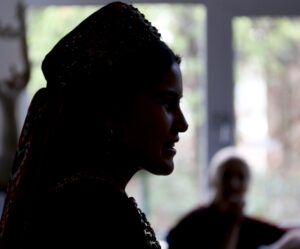 Morium* is a nineteen-year-old secret believer from the southwestern part of Asia. She is from a very conservative Muslim family. Everything about Morium’s life is restricted by her family. She is not allowed a cell phone, and the friends she has are a few girls who have been selected and approved by her family.

One day, by chance, Morium met a Christian girl with whom she very quickly became friends with. They would speak to each other about everything and even about Jesus. Morium became more and more interested in this man named Jesus who walked the earth over two millennia ago. She would often sneak out to meet her Christian friend to talk about Jesus and Christianity. She ended up accepting Jesus not long after meeting this friend. Morium kept her friendship with this girl a secret from her family, knowing that it would not be ideal for her or her friend if they found out. “If my parents come to know, then they would not allow me to go out of my home anymore,” said Morium trembling slightly.

“It is impossible for me to share my faith with my family. They can’t know what I am doing (following Jesus). I came here to find out about Jesus Christ and the culture of Christianity,” said Morium at a youth camp hosted by Open Doors local partners, which she secretly attended this year. “I came here in secret. My parents and siblings do not know. I can never tell them about this. I lied to my parents just to participate in this Youth Camp. I love getting to know Jesus and participating in this kind of program, but I don’t know how.” Morium is unsure how long she can keep her faith a secret, but for now, it is only safe that she does.

PHASE 2: Secret Believers who used to keep their faith a secret but are slowly professing their love for Jesus to a few more people.

Kabir* has been a secret believer of Isa Almasih (Jesus Christ) for four years. He kept his faith hidden from his family and friends because he came from a very pious Muslim family and from a tribe known for its pride in Islam. When Kabir encountered the love and peace of Isa Almasih, he was aware of the dangers of being known in his community as a believer in Christ. He kept it a secret for a while, but he eventually found courage in the arms of God. Slowly, with the help of Open Doors training facilitated by local partners, he became more willing to face persecution as a Christian, knowing that it was inevitable.

“I grew in my relationship with Christ and thought to myself, why should I keep something as amazing as this from my loved ones?” Kabir shared.

As a result, he decided to inform his family and friends of the good news little by little. People in the community had already begun to learn about his faith; they were shocked at first, but after hearing his testimony, they were okay with it and even began to listen to him. Some of his siblings had heard about it as well, and while they were mad at him for doing so, they kept it a secret from their parents to protect their brother.

Kabir’s parents, who live far away, are still unaware of his faith, but he is praying that God will open doors and provide an opportunity for him to fulfil his prayer that his entire family will have the same gift he has received- which is Jesus Christ.

PHASE 3: Secret believers who have been found out or have shared their faith actively are then pursued by the authorities, religious leaders, family, or community. 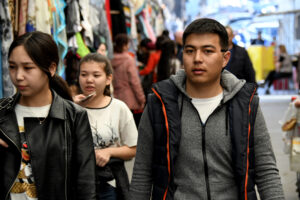 “No one understood my situation. I felt there was no hope. I wanted to commit suicide. I cried hard. And then, I sensed peace in my heart, and a voice spoke to me, ‘You need to calm down. You don’t need to cry. God accepts you the way you are. He knows what’s going on in your life. You mean a lot to Him. You are worthy,'” said Ruti*, a secret believer who was persecuted by her family.

Seventeen-year-old Ruti* never would’ve thought that falling in love with a Christian person would be considered falling for the ‘wrong person’ by her family.

When Ruti shared with her family that she was now a follower of Jesus, they almost didn’t believe her, but when they found out that Ruti’s boyfriend is a Christian they were infuriated! They did everything in their power to split them up; they even brought Shamans who tried to convince Ruti that her Christian boyfriend had cast a spell on her, and that is why she is no longer a Muslim. They even made her drink a potion to cast out the ‘Christian spirit’ within her. Her family physically abused her in the name of spirituality. They took all her cross-related belongings and broke them in front of her. They demanded that she deny Christ, but Ruti boldly cried out, “I only believe in Jesus! Jesus! Jesus!” One hit came after another, and another…they were hitting and strangling her.

“They also pulled my hair back and cut it; they held my hands so tightly my nails started to come off, but at the time, I didn’t feel the pain.” Ruti continued, “they only stopped strangling me because they thought I called out to Allah, and they said to each other, ‘She is conscious now. Let’s not do that anymore. Islam is beautiful.'” Ruti shared.

A few months later, Ruti found her opening. She managed to sneak onto a bus that took her to a town far away from her family. She had never travelled anywhere on her own before, let alone to a town she had never stepped foot in. Local Christians who knew Ruti called in a few favours for her, and Ruti was taken to a safe house by local partners. Currently, Ruti lives with her mentors who are discipling her and caring for her. Open Doors local partners will support her financially until she can stand independently.

After experiencing such trauma and still being pursued by her family, Ruti still stands strong and dreams that one day she will become a Christian religious teacher, teaching people about the love and peace of Jesus Christ, who saved her soul.

PHASE 4 – Secret believers openly reveal and share their faith to family, friends, and their local
community. 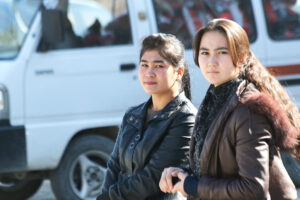 Katharina* was a daughter of a highly acclaimed religious leader. Throughout her whole life, she was obedient in following the ways of Islam, never questioning it. Only after she married her husband, who was an atheist and a roman catholic by birth, did she begin to question her faith. Her husband was very sceptical when it came to religion. When forced to convert to Islam to marry Katharina, he started to ask many questions that triggered even more questions for Katharina.

She began to ask her father these questions, who answered all of them and even introduced Katharina to a few other religious scholars who also responded to her questions. But no matter how many times she asked her questions, the answers she got were not satisfying.

Her experience led her to do her own research. Katharina joined different group discussions, some of which are controversial with their take on Islam, such as the anti-Hadith groups. Somehow, after months of research and soul searching, Katharina ended up with a Bible in her hand. The minute she began reading the Bible, all of those answered yet unanswered questions she’d had in the beginning, was answered.

She then shared her findings with her husband, and soon enough, he accepted Christ into his life, despite having such a sceptical outlook towards religion. They began to share their love of Christ to everyone they could, and many have come to know the Lord through their testimony. Throughout their life, they faced much persecution both from their family and in their career lives. The persecution was so bad that they had to leave the country at one point. However, after a few years of being away, they decided to return home to continue the work the Lord placed in their hands.

Katharina’s family have disowned her and she no longer has any connection with her family. They didn’t even let her say goodbye to her father after his death even though they knew she loved him very dearly. Katharina still holds very firmly to her faith in Jesus and continues to pray for her family’s salvation. She and her husband host a house church in their area, and they gather secret believers and other outcast Christians together to worship our God. Please continue to pray for the safety and health of Katharina and her family. Pray that they would continue to be a blessing to many.

These are young believers, a few of many in Asia who experience the plight of the cross of Jesus Christ because they chose to make him their Lord and Saviour. Standing for Jesus is hard but rejecting and renouncing Him is even harder because they have experienced His love and they are not turning back. Your support keeps such young people strong so that Christianity and the message of Jesus can reach the next generation. Sow your seed on behalf of these light-bringers today. Click here to be a Hero of Faith.