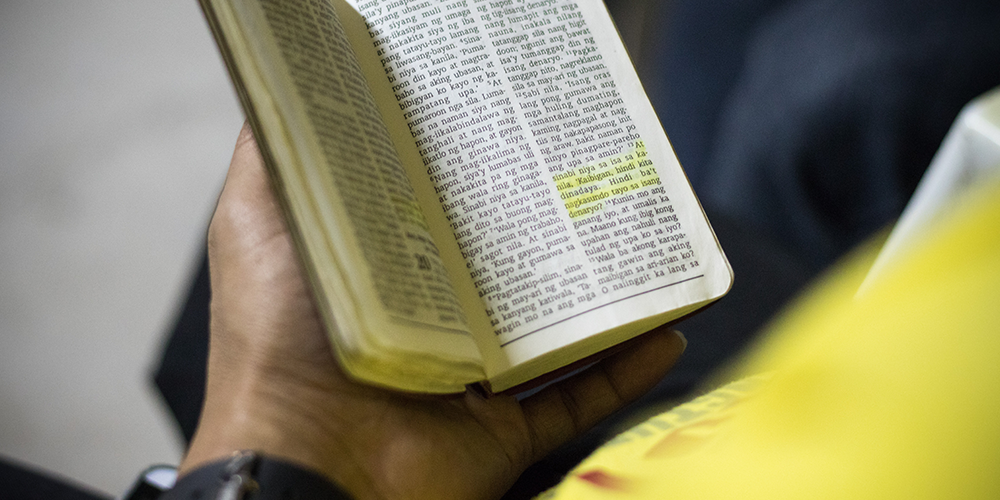 The Bible. Such an influential document, yet the most controversial book known in history. It holds the Guinness World Book of Records for more than 5 billion copies printed, and the number continues to increase due to more copies being produced. It’s also known as the most burned book in history, in various countries around the world. The Bible has not only impacted people but societies, cultures and generations as we know it. Why is this book dangerous and influential? And why is it important that believers around the world have a copy of this book?

Persecution of believers has been evident since the time of the Book of Acts. Despite this, through believers who risked their lives, the Scriptures and its teachings have been passed on to many generations. And today the Bible has been translated into 698 languages with the number continuing to grow.

The Bible is clearly under attack throughout the world, but it’s the DNA of Open Doors. Brother Andrew, the founder of Open Doors, wrote in his book, God’s Smuggler: “I knew from personal experiences how powerful a tool the Bible could be in the hands of the Holy Spirit. Hadn’t I myself been converted simply by reading this book?”

Contrary to people’s belief, it’s still very difficult to buy, read and share God’s Word in places where it’s dangerous to follow Jesus. In many countries on Open Doors 2020 World Watch List, trying to gain access to the Bible can invite danger, difficulty and even death. But the desire remains for believers all around the world to touch, read and possess a copy of the Word of God.

Oliver* is one of our partners on the ground in the Arabian Peninsula that knows the risk of sharing the Gospel in dangerous countries. In the silence of the night, he places Bibles on the doorsteps of every home in a small Arabian village where there’s no Christian witness yet. With every Bible placed, Oliver whispers the words of Isaiah 55:11, “My word… will not return to Me empty, but will accomplish what I desire and achieve the purpose for which I sent it.”

After leaving the village, he prays for the people of the village every day. Four months later he returns to the village and enters a teahouse where many locals gather. People notice he isn’t from around there and soon he’s asked if he’s a Muslim. Stepping out in faith, Oliver responds: “No, I’m a Christian.” Hearing that he’s a Christian, one man asks: “Can you explain something about the Bible?” The man then shares that he had found a Bible on his doorstep a few months prior and had been reading it ever since but doesn’t understand all of it.

Not knowing that it’s Oliver that put the Bible on his doorstep, Oliver responds: “If you would be so kind as to fetch your copy, I’ll be happy to study it with you.” The man quickly fetches his Bible, and soon other villagers join in on the conversation. And for the first time in their lives, a group of Muslims in an isolated area in the Arabian Peninsula read the Gospel out loud.

Oliver will continue visiting the village, sharing insights into God’s Word and building relationships, knowing that God is using him to lay a firm foundation for Him to open doors to share the Gospel.

For believers around the world, the Bible remains one of the most important parts of deepening our relationship with Jesus. The Bible is how God often reaches into the darkness of even the most impossible situations. Technology might have changed what it looks like today, but it hasn’t changed how God works through this powerful book. Whether in the form of a typewritten book, a smuggled item buried in a yard, a data file on a SIM card, a pirate radio broadcast listened to in the dark, a legacy from a murdered parent, God speaks through it across time and cultures.

Which is why whenever and wherever people ask for Bibles, Open Doors will provide them. We will bring Bibles to God’s people, with the training to grow in faith and read His Word more deeply despite the challenges. We started in 1955, when Brother Andrew smuggled Bibles across the Iron Curtain, and today we continue to deliver God’s Word around the world.

Oliver’s story is one of the many examples of why your support is so important. Your support helps provide believers with God’s Word and helps them to spread the Gospel as they make inroads to build relationships with others so they can share with them the hope that we have in Christ.

Karl Barth, a 20th-century German theologian, once stated: “I have read many books, but the Bible reads me.” We often read books to be entertained, to be inspired, or to master a particular subject, but when it comes to the Bible, we don’t master it. It masters us. It reads, teaches and changes us. Please help us strengthen the faith of Christians around the world by providing them with their own Bible. Click below to bless a persecuted believer today.

I want to bless a believer with their own Bible >>