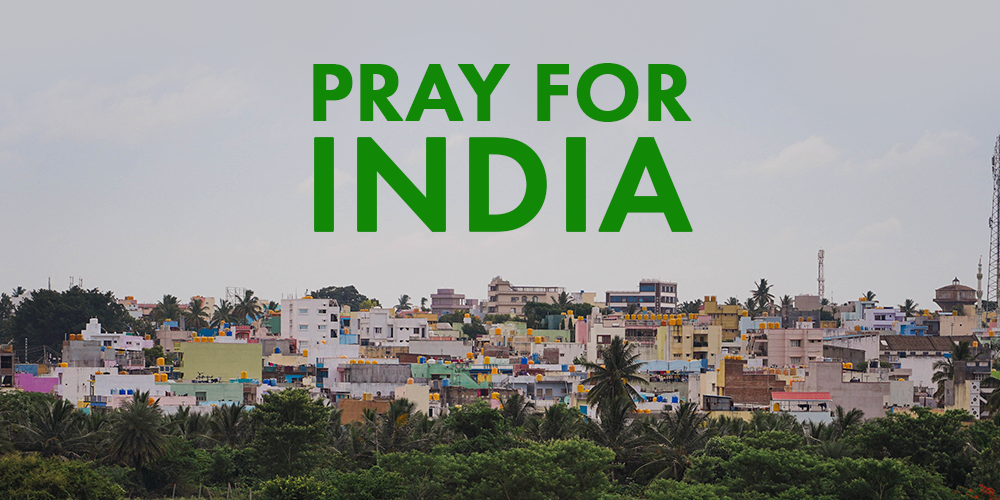 As we approach Christmas, Open Doors is calling on the Church around the world to pray with believers in India against the introduction of a national anti-conversion law in their country. (A law stating that Indians may not convert to Christianity, or any religion other than Hinduism). According to our field sources, this new law may be introduced and tabled during this winter season, and aside from a restrictive national law being made official, our field partners are wary that religious extremists on the ground would be empowered by these pro-nationalist developments, leading to more attacks towards Christians and other minorities during the holiday season.

When the Indian Supreme Court accepted and heard the petition of high-profile advocate Ashwini Upadhyay last November 14, they issued an opinion that named religious conversion by force and allurement as a very serious threat to national security. The Supreme Court then commented that the Central (national) Government must step in on this concern.  As scheduled, the hearing concerning the Ministry of Home Affairs’ (MHA) affidavit on ‘forced conversion’ took place, where the Central Government said that the right to the freedom of religion does not include the right to convert.

“Aside from this, the government also hints that it will pay no heed to the misuse of the law by Hindutva fanatics,” Murry quips. “Even though the Central Government says this law will protect the rights of women and those who are economically and socially backward, it is prone to abuse. The new law would be very strict – based on the Gujarat model – criminalizing conversion with severe punishments ranging up to 10 years with heavy fines.”

Currently, the government’s plan to enact national legislation on criminalizing religious conversions has hit a roadblock with the Ministry of Law and Justice, which advised against the move, but believers are anxious that moves towards the introduction of this central law will be made swiftly.

If introduced, what could a national anti-conversion law’s impact be on the Church?

First, it intensifies attacks on Christians. Murry shares: “Hindu nationalists are emboldened and sometimes use violence in place of dialogue. Freedom of Religion Acts are instrumental to brutally suppress and exploit Christian minorities and punish pastors, priests, nuns, and church workers. It is a crime for those who do not give to local authorities’ advance notice of conversion, and those who break such laws invite persecution. Anti-conversion laws also embolden Hindu nationalist groups to harass and attack Christian activities.”

As anti-conversion laws are passed in individual states, there has been a rapid increase in incidents. In recent years, Open Doors has recorded church property destruction, burning, snatching away of Christian literature and bibles, and prohibitions on establishment of churches & banning of Christian gatherings. Believers face public humiliation, beating, and head shaving. Mobs hurl insults at Christians with derogatory, abusive words.  There is also sexual abuse and attempts to murder believers. Burial services and marriage ceremonies are also interrupted.

“As rampant is the misuse of the law in the fundamentalist ruled states, for example Uttar Pradesh, persecution will rapidly increase,” says Murry. “Since the government provides protection to the fanatics, they would persecute the Christians unchecked.”

Second, it propels current persecution trend dynamics, leading to a decline in evangelism and a shutdown of churches. Churches will be spied on and be recipients of false allegations that they’re forcefully converting.

“The state machinery would be instructed to keep the Church under surveillance,” says Murry. “It is also possible that in the early months, there would be secret orders to finally define the growth rate of Christianity and it will be followed by the attempts to control it through various means including persecution. Any church activities toward socio-economic upliftment of the poor and marginalized people will also be perceived as luring for conversion.”

Open Doors local partners foresee that there will be an increasing number of arrests by the police, and more first incident reports (FIRs) against pastors and mission workers on allegations of forced conversion will be filed. There will be a wide-ranging mobilization on ‘Ghar Wapsi’ or reconversion programs, and believers will be denied rights to public burial sites, and even access to jobs.

Thirdly, it makes Christians live under constant threat: “Since the misuse of enacted anti-conversion laws is rampant in other fundamentalist ruled states, a national law would cause evangelists and ministers to decrease their activities due to the fear of legal and police action,” shares Murry. “We also foresee that under tremendous pressure from Hindu extremists and Hindutva prone police and officials, worship would be stopped in several places. And in many cases, believers would have to shift the venue of worship.”

Already, there is a lack of police and government protection – “We’ve seen it happening that believers are mercilessly attacked with impunity as negligent police fail to provide protection to victims. More often than not, officials side with the extremists who accuse believers of forceful conversion,” he continues. “These laws create a hostilities and violent environment for religious minority communities because they do not require any evidence to support accusations of wrongdoing, and Christians are forced to spend lakhs of rupees on litigation.”

How can we pray with the Church in India in this situation?

Pray for the states with anti-conversion laws as the incidents against Christians here are on a constant high: “Every month, more than a hundred incidents of persecution are reported,” Murry shares. “Churches are vandalized, destroyed, and closed. Pastors, leaders, and believers are harassed, physically attacked, excommunicated, and forcibly reconverted. Believers and church workers reaching out to the needy are being branded as doing forceful conversions. Churches are then falsely alleged as a hub for illegal conversion activity.” Ask our Father God to protect His children and His Church from the violence and false allegations and pray that the Indian Church will be able to stand firmly in faith.

Pray for wisdom and steadfastness for the Indian Church, now that the central government is planning to introduce a national anti-conversion law in the country. “This will result in disharmony, rise in persecution, and a decline in evangelism,” says Murry. Pray against the introduction and passage of this law. Pray for the anti-Christian elements who are surveilling the church activities and movements of the church leaders, pastors – pray that God would confuse their plans and that He would make seeing eyes blind.

“Currently, multiple cases also have been lodged towards Christians in the Supreme Court for forced religious conversions. Prosecutors are presenting false and misleading data against these minority communities to strengthen their case,” shares Murry. Pray for the truth to prevail and for the Lord’s justice to be done.

Finally, Christmas celebrations this December are under threat with the latest developments against the minorities emboldening local extremist groups to mob and attack Christians. “We have reason to believe that anti-Christian elements could run rampant this season, disturbing peaceful gatherings and Christmas celebrations.” Pray for peaceful Christmas gatherings in India, free from violence and fear.