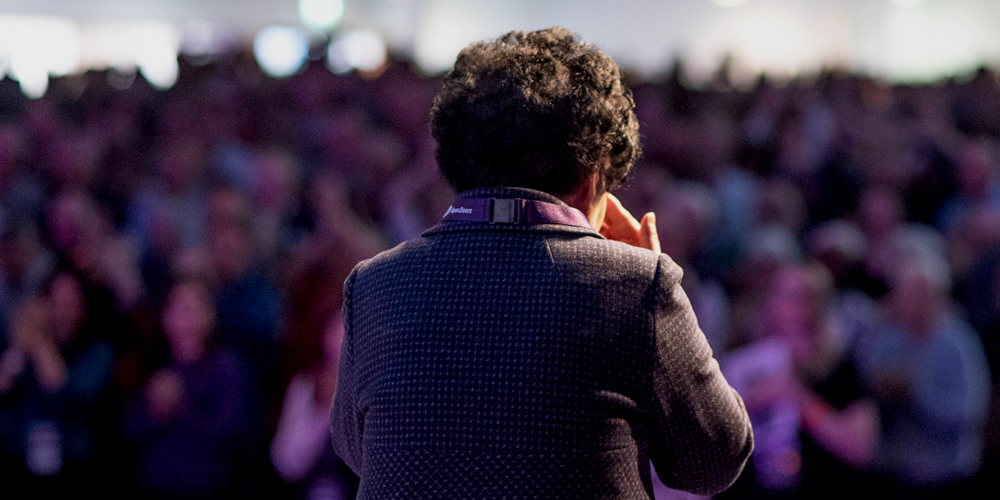 We recently spoke to Hannah*  from North Korea, who now lives in South Korea. She’s very thankful for the love and warmth she has received from OD supporters, especially when she traveled to the West (United Kingdom) to speak about her life and the life of her Christian mother in North Korea.

“I do want to ask you to continue to pray for my son, who is still in North Korea and whom I haven’t seen in many years. He doesn’t know Christ yet and I pray he can escape too so I can share the Gospel with him.”

When we asked her if there was anything she wanted to share with our supporters around the world, she sent us a letter. This is what she wrote:

When I listened to the South Korean national anthem for the first time in South Korea, I was astonished that there is a phrase ‘May God keep our country united and preserve our land’.

The happiest thing about living in South Korea is that I can believe and freely worship the Heavenly Father. I realized that South Korea is a country blessed with the power of our Heavenly Father. Nobody starves to death on the street. Nobody worries about what to eat or where to sleep. Life is convenient, the streets are clean. South Koreans are joyful and there is freedom of speech. I discovered there are church crosses anywhere I go in South Korea. This is a country that trusts and loves God.

It was so different from my life in North Korea and China. I was like the people of God, wandering in the desert. But now God has led me to the promised land. God also helped my family and united us. My husband passed away, but my three daughters are in South Korea. We all go to church to worship and thank Him.

I do not have to worry about being captured and being deported back to North Korea. I have a South Korean passport and can travel freely to any country.

I give thanks to my Heavenly Father. In John 8:32, Jesus says that the truth will set us free. I found real happiness in the Lord. I certainly enjoy my life in Christ.

God opened the doors of the prison for Apostle Paul and Peter. While they praised our Heavenly Father, God sent heavenly angels to help them escape. In a way, my family experienced the same miracle in our Lord Jesus that the prison doors were opened and the shackles were untied. We praised and glorified our Heavenly God who answered our prayers in the prison.

My family also thanks God who led my daughter Nari and me to the United Kingdom last year. My prayers were answered. God lifted me, a mere Christian believer. God used me to shake the land of the United Kingdom with the power of the Holy Spirit. After listening to my testimony, believers in the UK cried and gave applause. I was so moved by their prayers and support. I could feel their strong faith and sincere love in Christ.

On the first day of the OD UK conference, there were 480 believers who together sang a gospel song for me. I will never forget that moment. I was simply overwhelmed on the stage. I had to hold the cross and kneeled down on the stage. I thanked the Heavenly Father and cried out.

In every meeting we had in the UK, my daughter and I were welcomed by UK believers. They also prayed for my son who is still in North Korea. I want to thank all staff members from OD UK, all the volunteers and all the supporters.

I thank you all who pray for my son. I believe that our prayers will be answered soon, and that I will be able to meet my son who still lives in my old country.

Glory to our Heavenly God,