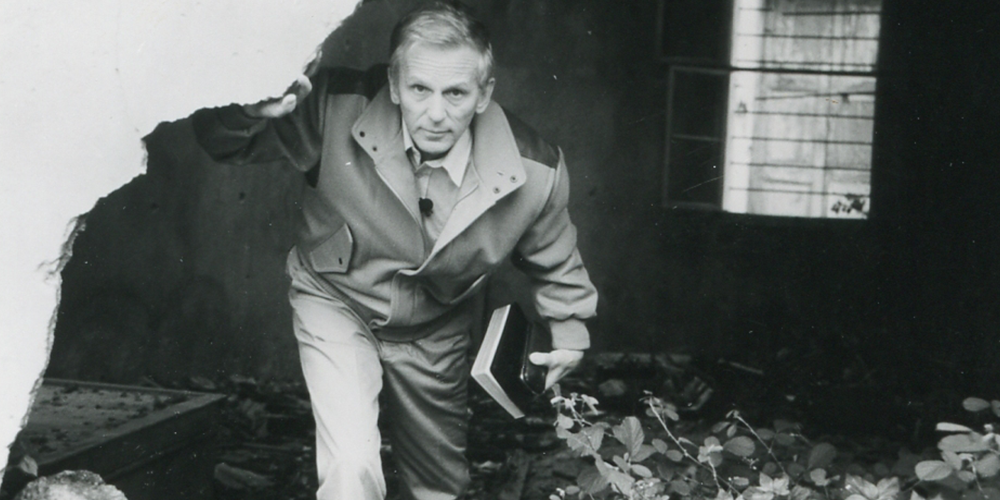 At the age of 92, Andrew van der Bijl, an ordinary Dutch man with a humble background, can look back on a long road of adventures as God’s smuggler. Brother Andrew, as he is commonly known, started distributing Bibles to persecuted Christians behind the Iron Curtain in 1955. Today Open Doors continues this pioneering work in more than 60 countries. 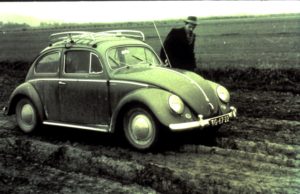 When he visited Poland, Brother Andrew’s eyes opened for the great need of Bibles and encouragement under believers in Eastern Europe. He said yes for God’s plan for his life and started supporting persecuted Christians when the Cold War was at its worst. Later his ministry also took him to the Middle East, Far East and Africa.

Brother Andrew is one of only a few Western leaders who can travel to countries in the Middle East as an ambassador for Jesus. He travelled extensively to the Islamic world and negotiated with the leaders of radical groups such as Hamas, Islamic Jihad and Hezbollah.

One of the most popular stories about Brother Andrew is the memory of a dangerous incident early in his ministry. He approached the strict Romanian border with his Volkswagen Beetle, which was packed with Bibles that he wanted to take to Romania.

“I was holding thumbs that the border guards wouldn’t pay too much attention to me and that I could cross the border unnoticed. However, the guards inspected all the cars thoroughly and unpacked each vehicle’s contents on the ground. The engines of some vehicles were even taken apart and the seats were removed,” he recalls.

While he was praying, he realised that no wisdom from his side would get him through the strict border post. “I needed a miracle from God to get me past the guards without them seeing the Bibles. I decided to put a pile of Bibles on the seat next to me, knowing that it would be impossible to overlook it. With this step I emphasised that I truly depend on God, and not on my own intelligence.” 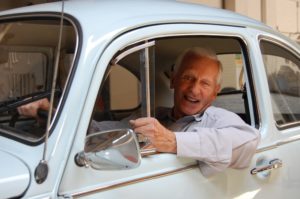 He gave his documents to the guard and started getting out of the car. “However, the guard pushed me back and closed the car’s door. He quickly looked at my passport photo and gave back my documents, after which he abruptly indicated that I could go. I got through this strict checkpoint within 30 seconds, without somebody seeing the Bibles beside me!”

When Brother Andrew looked back, he saw that the guard had stopped the car behind him for a thorough inspection. “My heart was beating very fast. Not about the excitement of crossing the border, but in amazement about the miraculous ways of the Lord. He cleared the path for me to smuggle Bibles to Christians who had no access to His Word in the past.”*

The new Afrikaans translation of Brother Andrew’s biographical book, God’s Smuggler/God se Smokkelaar, is now available. His calling to strengthen the Body of Christ, gets new life in this international top seller. To order the book, click here.