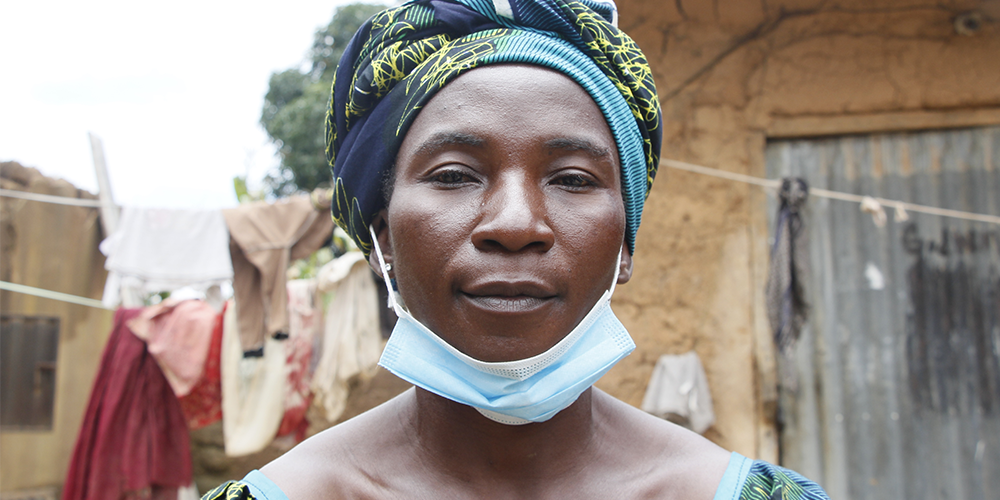 Covid-19 is fuelling a growing, hidden “shadow pandemic” of gender-based violence, abduction and trafficking, directed towards Christian women and girls around the world. This is one of the findings of a new report commissioned by the ministry organisation Open Doors International, which supports and strengthens persecuted Christians all over the world.

Open Doors Southern Africa also hosted an online women’s prayer event on Sunday evening, 7 March, to celebrate International Women’s Day. During this event, testimonies were shared from women living for Christ in some of the most dangerous places on earth. The well-known singer and channel director of TBN Africa, Loyiso Bala, who is Open Doors’ ambassador, was the special guest at the women’s prayer event.

The spotlight is currently on the plight of women and girls – especially on the African continent – with the shocking news that about 300 girls were kidnapped on Friday 26 February 2021 from a school in northern Nigeria. This happened just nine days after the kidnapping of 42 people from another school in the same region.

Vulnerability of Christian women and girls

The report states that the Covid-19 pandemic has made Christian women and girls even more vulnerable than before. During lockdown, they face persecution and opposition from within their own families and communities – who are hostile to their faith.

On top of this, states and militants have exploited the current situation with Covid-19, “weaponizing women’s bodies to inflict harm on their minority Christian communities and limit growth of the Church”.

The report looks at the nature and extent of gender-specific religious persecution (GSRP) towards both women and men over twelve months, covering the period from October 2019 to September 2020. It focuses largely on the 50 countries highlighted in Open Doors’ annual World Watch List, where Christians face the worst persecution and oppression.

Key findings of the report

Among the key findings for women are:

Among the major forms of persecution for men are:

According to the report, the pressure points faced by men and women differ, but the aims are often the same.

“The very notion of family is, by implication, under attack… Persecutors are deliberately taking advantage of what the religious community holds to as a holy institution and an intimate relational act. Sexual violence, trafficking and forced marriages are actually weaponizing women’s bodies to limit growth of the Church.

“While, for males, removing or limiting their ability to provide for their families, weakens their dependent families and leaves them vulnerable, as well as shames the man/boy who is unable to provide.”

Perpetrators of the forms of gender-specific religious persecution vary from region to region. Looking at trafficking and sexual slavery:

Ms Helene Fisher, co-author of the report, says: “It’s time that the faith factor is acknowledged. While race and gender are acknowledged as vulnerabilities in conflict zones, a person’s faith generally is not. On International Women’s Day, we need policymakers to understand the opposition Christian women around the world face, as they attempt to peacefully live out their chosen faith.”

Photograph: Hajaratu, a Christian widow from northern Nigeria, was a victim of persecution because of her faith. She tragically lost her baby daughter, who drowned in a river when she had to flee from an attack by Fulani militants.