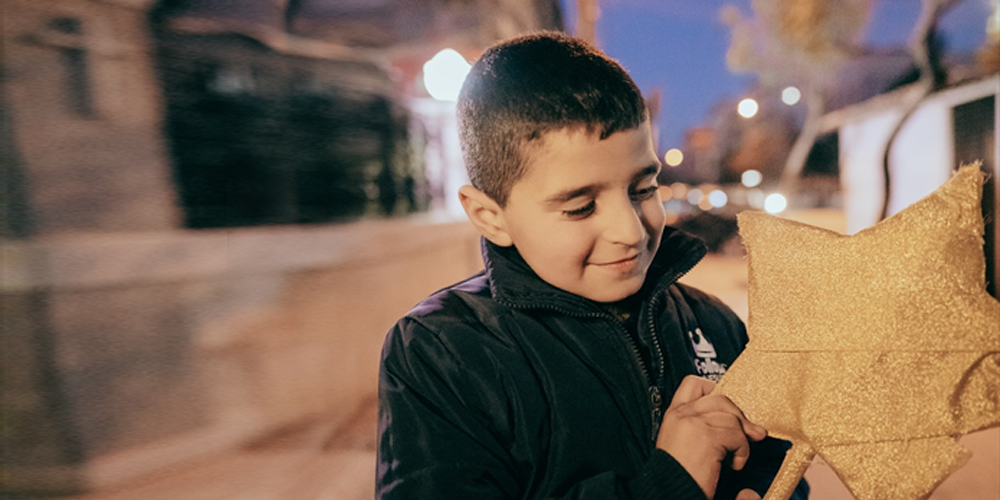 “You do realize that you’re trying to change the entire socio-political reality of the Middle East?”

I will never forget the day I shared the Hope for the Middle East campaign with a colleague. He sat in silence for a few minutes before raising his head: “You do realize that you’re trying to change the entire socio-political reality of the Middle East?” I looked him in the eye and simply replied: “Yes.”

Who knew that hope would be so radical? Or that calling for equality for all citizens across the Middle East – regardless of their faith – would be such a game changer? Christians have been a core part of the Middle East since the birth of Christianity. Yet now they face social and legal restrictions, discrimination and persecution. Hope for the Middle East is a mouthpiece for this community. The campaign emphasizes that Christians are – and see themselves as – a core part of Middle Eastern society. They want reforms that will benefit the whole of society. They want hope for the future of their ancient Christian communities.

The Christian community is asking for a seismic change. This cannot happen overnight. There is a modern proverb about facing an overwhelming task: “How do you eat an elephant…One bite at a time”.

Here’s how we approached our elephant…

The Middle East is huge. So, we narrowed it down to two countries at the crux of the current crisis: Iraq and Syria.

Working with our partner, Middle East Concern, and the local Church, we identified that the Christian community in Iraq and Syria want:

We then broke these tasks down further. To achieve equality, the Church wants accountability for the crimes committed against it. So, we’re asking for a national accountability mechanism to be created in Iraq and Syria. To achieve dignified living conditions and run reconciliation initiatives, church leaders need money. So, we’re asking for flexible funding for faith actors.

The strategy: launch the campaign with a bang – get a huge global petition in front of as many world leaders as possible. Make sure they hear the three high-level asks of the Church. Then build on those relationships and work to deliver the concrete, smaller steps needed to restore hope to the Christian community.

Presenting 808,172 signatures from 143 countries on behalf of the Christians in Iraq and Syria to the UN in December 2017 was an outstanding achievement. But the campaign didn’t end there. In Iraq many Christians don’t feel safe, in Syria the situation still isn’t stable. It’s now vital to consolidate the momentum, build on the achievements of the petition, and focus on advocating with our governments for the establishment of a national accountability mechanism and increased, flexible funding for faith actors.
What difference has it made? Lots! Thanks to the prayers, actions and support of believers worldwide, things are beginning to change for Christians in the Middle East.

Following the petition, Hope for the Middle East was part of a joint effort to secure funding for the diverse religious communities in Iraq and Syria. Because of that effort, the US and UN dedicated funds specifically for religious minorities in Iraq. The campaign also helped to create a new Special Envoy for Religious Freedom in the UK, contributed to a rise in many governments’ funding for, and consultation with, religious minorities in Iraq, and led to an environment where the US and UK governments held a joint conference on how to promote religious freedom through international development.

From the macro to the micro. We are seeing change both on the international stage and in local communities. Thanks to the generous gifts and faithful prayers of supporters worldwide, homes, schools and livelihoods are being restored, and communities are receiving trauma care. Your gifts are also supporting two exciting new initiatives in Iraq.

Our partners are working with a small group of lawyers in Iraq to establish a centre to document incidents of discrimination against Christians. Our partners in Iraq are also working with local Christian advocates, equipping and empowering them to strategically and securely speak out for themselves. These initiatives are two of the most important projects to ensure the equal rights of Christians in Iraq. We invest in these projects because we believe in the importance of raising the local capacity of Christians to defend their rights. It is also crucial that alongside rebuilding Christian towns and villages we help secure a legal and social framework in which their rights and their future are protected. That way, Christians can continue to be present in the land where they lived for 2 000 years, as Iraqis fully equal to everyone else.

But we’re not there yet. Hope for the Middle East is half way through its seven-year life. It’s vital that, as the campaign continues until 2022, we join with the Church in Iraq and Syria and advocate to our governments. Christians in Iraq and Syria are hope for their countries, but they also need hope. Let’s unite as the global body of Christ to pray, campaign and have faith that there will be more flexible funding and a national accountability mechanism by 2022.