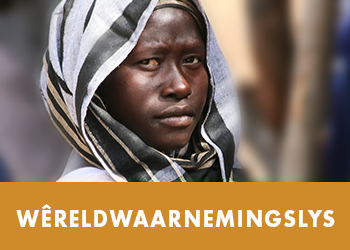 Open Doors International released its 2021 World Watch List (WWL) on 13 January. This list, compiled annually, announces the top 50 countries in numeric order where Christians experience the worst persecution for their faith. In this worldwide survey that monitors how difficult it is to live as a Christian, the overall trend shows that the persecution of Christians rises at an alarming rate in Africa and that the coronavirus pandemic has further exacerbated discrimination against Christians.

North Korea tops the list for the 20th year in a row. Since 2002, this country has continuously ranked as the country with the worst persecution of Christians. It is followed by Afghanistan as a close second and Somalia in the third place.

Among the list’s top 50 countries alone, more than 309 million Christians – that is one in every eight Christians – around the world face severe persecution for their faith. Overall, Christians in 74 countries experience a level of persecution measured as extreme, very high or high.

Drastic rise of persecution in Africa

This year’s list reveals that the persecution of Christians has drastically increased worldwide and specifically in Africa. Even some of South Africa’s neighbouring countries, such as Mozambique, appear on the list. A total of 19 of the 50 countries on the list are on the African continent and four African countries are under the top 10. One in every six Christians in Africa now faces severe persecution for their faith. Over the past two years, violence against the Church across sub-Saharan Africa has escalated with 30%.

When only looking at the the violent persceution of Christians, in the rankings of the top 5 countries for violence alone, four of the five countries are on the African continent. Nigeria has once again topped the list as the most violent country for Christians in the world. One might recall the ten Nigerian Christians who were beheaded on Christmas Day in 2019 by the Islamic State. The top 5 countries for the most violent persecution of Christians are Nigeria (1), Pakistan (2), the Democratic Republic of Congo (3), Mozambique (4) and Cameroon (5).

The Democratic Republic of Congo enters the top 50 for the first time ever at no. 40 due to violence by the Allied Democratic Forces (ADF). A 2020 United Nations report estimates that this Islamic State-linked group (which has killed more than 1 000 civilians since the start of 2019), might have committed war crimes and crimes against humanity.

Due to an increase in attacks by Islamic extremists in the last year, Mozambique enters the top 50 at no. 45 for the second time since 1993. Since 2017, the province of Cabo Delgado has suffered more than 1 150 deaths in 600 attacks by a branch of al-Shabaab, who wants to impose Sharia law in the province. More than 300 000 people have been displaced by these attacks.

Influence of the Covid-19 pandemic

A prominent trend of the 2021 WWL is how the global coronavirus pandemic has highlighted and exacerbated underlying systemic discrimination, unequal treatment and the persecution of Christians, who are refused emergency aid in many countries. The lockdowns meant that many Christians couldn’t work and were confined in spaces with those who are hostile to their faith.

The pandemic has highlighted and exacerbated existing social, economic and ethnic vulnerabilities of millions of Christians worldwide. Covid-19 has been a catalyst for the repression of Christians in regions and countries from West Africa to Somalia (3), Nigeria (9), the Democratic Republic of Congo (40), India (10), Bangladesh (31), Pakistan (5), Yemen (7), Sudan (13), Myanmar (18), Vietnam (19), Nepal (34) and Malaysia (46).

The research also shows that the Covid-19 restrictions are used to spread Islamic extremism in sub-Saharan Africa. In the Sahel region, south of the Sahara Desert, Islamist extremism is fuelled by injustice and poverty. The violent Islamic group al-Shabaab in Somalia and other groups pledged to wage jihad (a holy war) against the “infidels” because they blame Christians for the pandemic.

Human Rights Watch reports that, despite Covid-19 closures, there were more than 85 attacks on education outlets in Burkina Faso, Mali and Niger between January and July 2020. Christians reported that lockdowns made them “sitting targets”, as security forces appeared to collude with the marauders. Other African countries notably affected are Nigeria (9), Democratic Republic of Congo (40) and Mozambique (45).

Covid-19 has also legitimised increased surveillance and restrictions by authoritarian governments in countries such as China (17) and India (10), using the need to contain the pandemic to increase their control. Other countries notably affected are Iran (8), Saudi Arabia (14), Laos (22) and Myanmar (18).

In Mexico (37) and other Latin-American countries the fight to contain the coronavirus made it hard to deal with organised crime, with narco-trafficking groups imposing their own Covid-19 curfews in four Mexican regions. In Colombia (30), organised crime groups grew their control during the pandemic by using government curfews and restrictions for their own ends.

The main changes on the list since WWL 2020 are: